If we think back to the concept of message passing in object-oriented languages, it can be useful to think of the collection of public methods available in a class as an interface, i.e., a list of messages you can dispatch to an object created from that class. When you were first learning a language (and probably even now), you find yourself referring to these kinds of lists, either in the language documentation, or via Intellisense in Visual Studio. 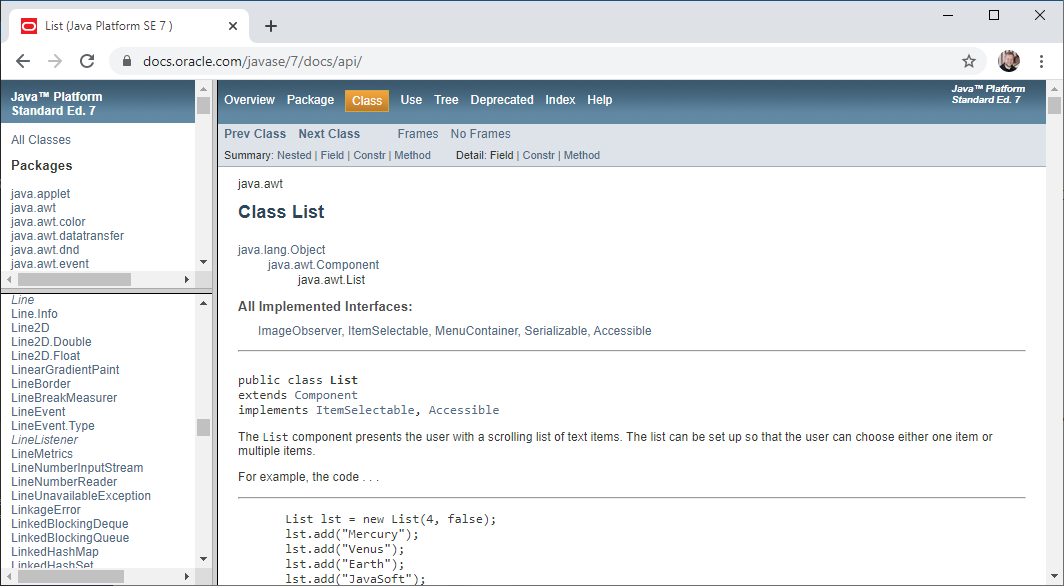 Essentially, programmers use these ‘interfaces’ to determine what methods can be invoked on an object. In other words, which messages can be passed to the object. This ‘interface’ (note the lowercase i) is determined by the class definition, specifically what methods it contains.

In dynamically typed programming languages, like Python, JavaScript, and Ruby, if two classes accept the same message, you can treat them interchangeably, i.e. the Kangaroo class and Car class both define a jump() method, you could populate a list with both, and call the jump() method on each:

However, for statically typed languages we must explicitly indicate that two types both possess the same message definition, by making the interface explicit. We do this by declaring an Interface. I.e., the Interface for classes that possess a parameter-less jump method might be:

In C#, it is common practice to preface Interface names with the character I. The Interface declaration defines an ‘interface’ - the shape of the messages that can be passed to an object implementing the interface - in the form of a method signature. Note that this signature does not include a body, but instead ends in a semicolon (;). An interface simply indicates the message to be sent, not the behavior it will cause! We can specify as many methods in an Interface declaration as we want.

This Interface can then be implemented by other classes by listing it after the class name, after a colon :. Any Class declaration implementing the interface must define public methods thats signatures match those were specified by the interface:

We can then treat these two disparate classes as though they shared the same type, defined by the IJumpable interface:

Note that while we are treating the Kangaroo and Car instances as IJumpable instances, we can only invoke the methods defined in the IJumpable interface, even if these objects have other methods. Essentially, the interface represents a new type that can be shared amongst disparate objects in a statically-typed language. The Interface definition serves to assure the static type checker that the objects implementing it can be treated as this new type - i.e. the Interface provides a mechanism for implementing polymorphism.

A C# class can implement as many interfaces as we want, they just need to be separated by commas, i.e.:

Next we’ll look at inheritance, which represents a strong is-a relationship.