While the first generation of webservers was used to serve static content (i.e. files), it was not long before developers began to realize that a lot more potential existed in the technologies of the web. A key realization here is that the resources served by the web server don’t need to exist to be served.

Consider the directory listing from the previous chapter. It is not based on an existing file, but rather is dynamically created when requested by querying the file system of the server. This brings one clear benefit - if we add files to the directory, the next time we request the listing they will be included. 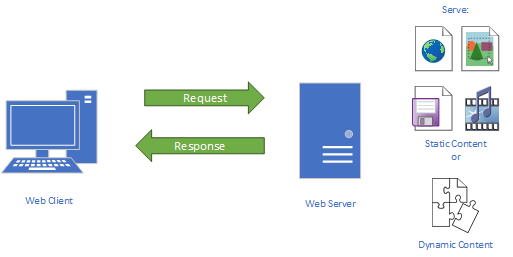 Thus, we can create resources dynamically in response to a request. This is the core concept of a dynamic web server, which really means any kind of web server that generates at least some of its content dynamically. In this chapter, we will explore this class of web server.