By default HTML elements are positioned in the page using the HTML flow algorithm. You can find a detailed discussion in the MDN Documentation. However, you may want to override this and manually position elements, which you can do with the CSS properties position, left, top, right, and bottom.

First, we need to understand the positioning context, this is basically the area an element is positioned within. The left, top, right, and bottom properties affect where an element appears within its context. 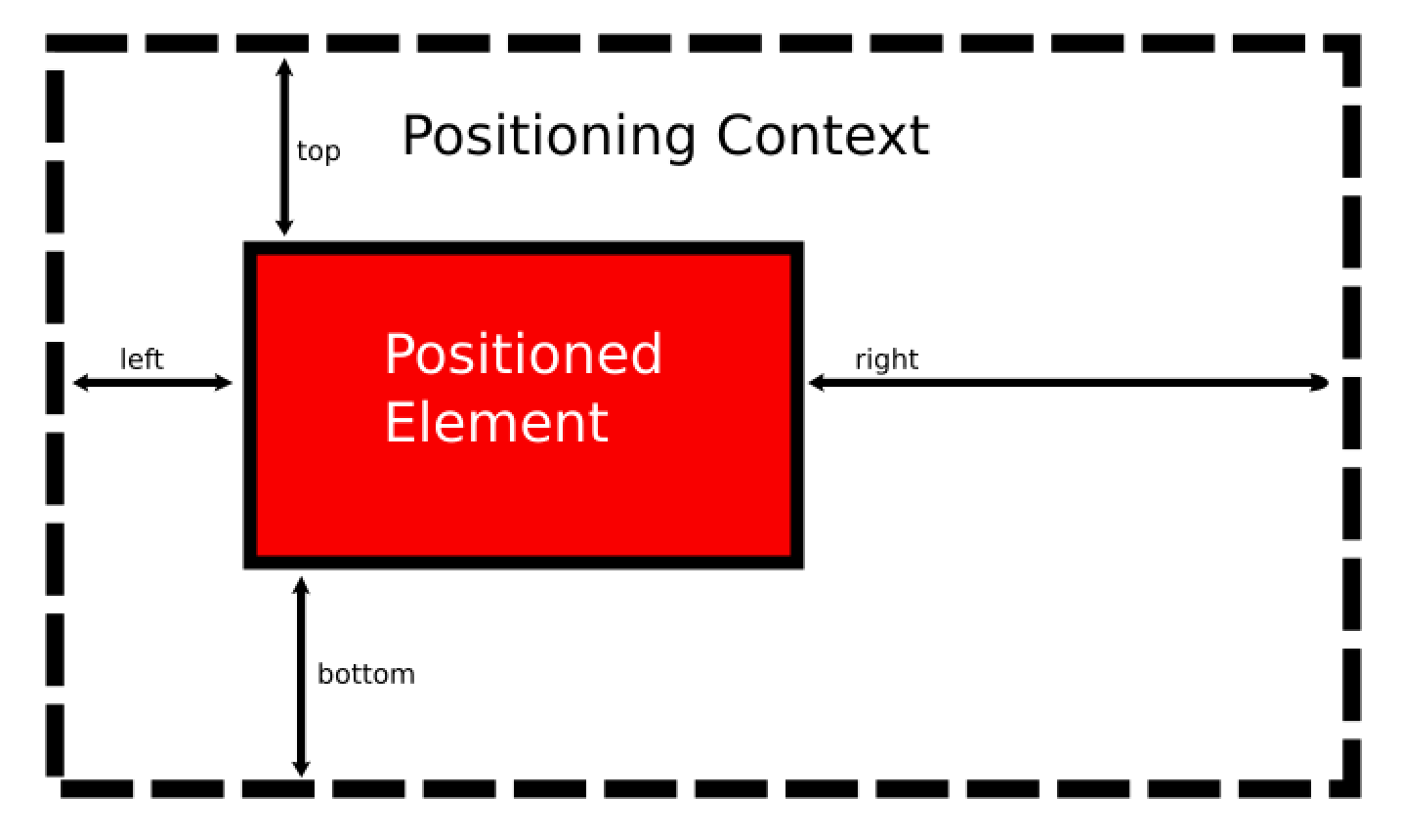 You can think of the context as a box. The left property determines how far the element is from the left side of this context, the top from the top, right from the right, and bottom from the bottom. These values can be numeric or percentage values, and can be negative.

If you define both a left and right value, only the left value will be used. Similarly, if both top and bottom are supplied, only top is used. Use the width and height properties in conjunction with the positioning rules if you want to control the element’s dimensions.

What constitutes the positioning context depends on the elements position property, which we’ll discuss next.

The position property can be one of several values:

The default position value is static. It positions the element where it would normally be in the flow and ignores any left, top, right, and bottom properties.

A common CSS trick is to create a relatively-positioned element, and then absolutely position its children.

Assigning the value of fixed to the position property also removes the element from the flow. However, its positioning context is always the viewport. Moreover, if the page is scrolled, a fixed-position element stays in the same spot (an absolutely-positioned element will scroll with the page). This makes fixed position elements useful for dialogs, pop-ups, and the like.

By default, elements are drawn in the browser in the order they appear in the HTML. Thus, if we position an element further down the page, it may be covered up by succeeding elements. The z-index property provides us with a fix. The default value for the z-index is 0. Items with a larger z-index are drawn later.