The poor programming practices of cowboy coding and the growing numbers of unskilled programmers did not go unremarked. In fact, many of the programming language features you are familiar with were developed explictly to counter these trends - i.e. to ‘idiot-proof’ programming.

Consider all the control-flow constructs you know: the for loop, the while loop, the if/else statement, the switch statement, the ternary operator, etc. None of these existed in early programming languages. Instead, the role they each played was provided by a single multipurpose command, GOTO. A GOTO would jump program execution to a labeled point in the program, much like a choose your own adventure book would ask you to turn to a page. And much like an unskilled author could create a nightmare of such a book, an unskilled programmer could make an absolute mess.

Other paradigms - Object-Orientation, Functional Programming, and Logic Programming were also born primarily as a way to make programs easier to understand, write, and verify.

The tools used for programming also evolved side-by-side with the languages. Punched Cards were the primary means of creating programs until the mid-1970’s, and many legacy systems continued to use this technology into the 1980s. Punched cards were punched using a specialized keyboard similar to a typewriter known as a keypunch that, insead of leaving inked charcacters on paper, punched holes in cards. There was no undo button - mistakes had to be repunched. 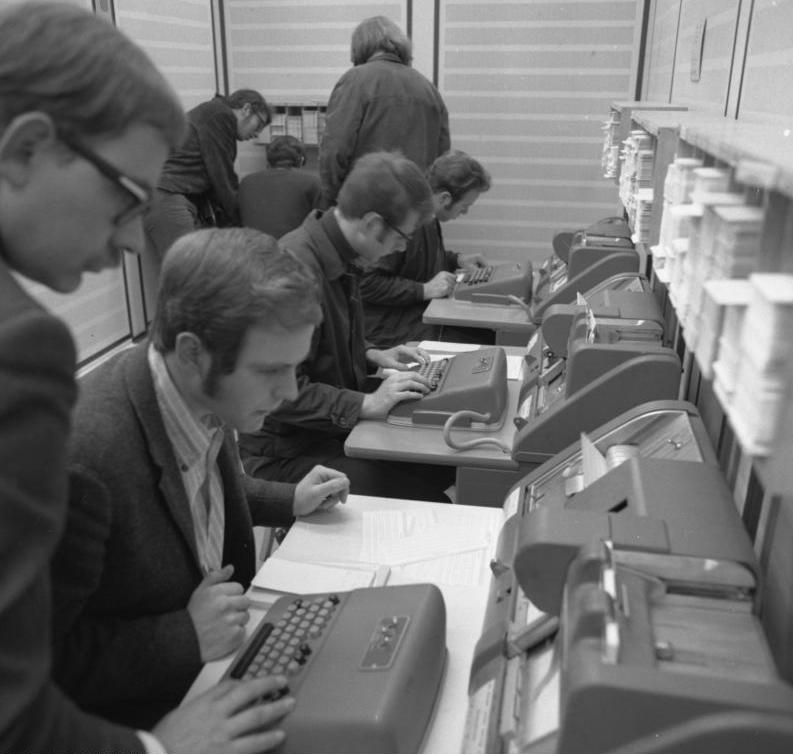 Similarly, the debugging tools available to programmers have evolved over time. Only after the migration from punch-card systems to CRT monitors and keyboards did command-line debuggers appear - simple programs that could dump the contents of memory to the monitor as the program being debugged was running. Symbolic debuggers (those that hold onto symbol names parsed during the compilation process and attach the corresponding in-memory values) and the ability to insert breakpoints (locations in code where execution would be paused) did not appear until much later, as this 1984 PC Magazine ad attests: 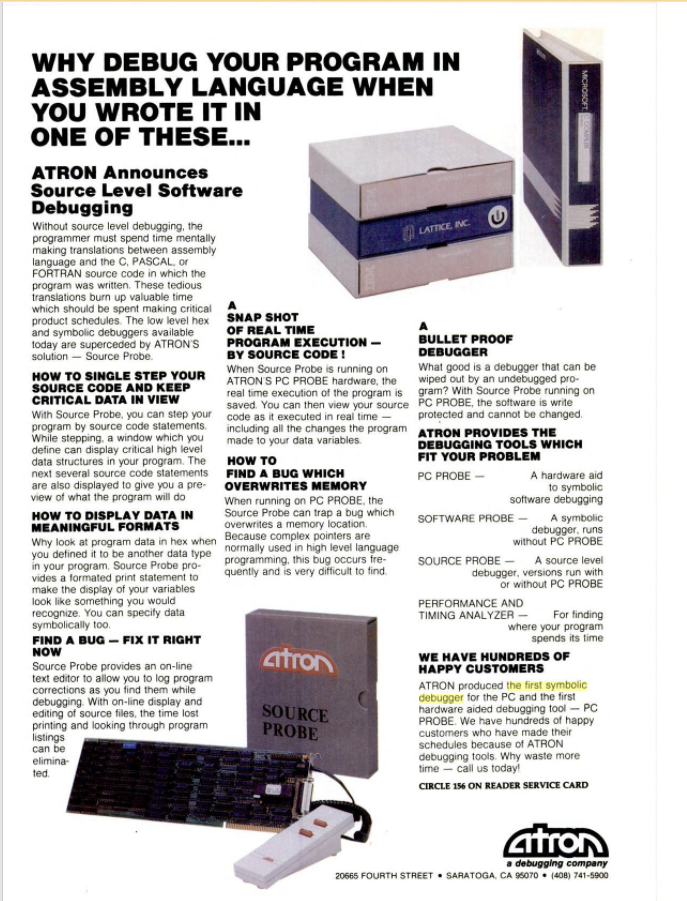 The modern Integrated Development Environment (IDE), programs like Visual Studio, XCode, Eclipse, Atom, VS Code, and the various JetBrains products, which combine program editing and debugging, simply didn’t exist for much of programming history. The first IDE was TurboPascal introduced by Borland Ltd. in 1983. Visual Studio did not appear until 1991.